High Concept
Fast-paced adventure puzzle-platformer. Utilize III’s teleportation abilities and screen-wrap to smash baddies and solve puzzles!
Videos
Features
History
While working on another game, Zack created the prototype of SUPER III for the IndieE3 GameJam. He later posted his progress on the TIGSource Forums and was very well received. After some consideration, he decided to switch his focus from the project he was working on and work on what later became SUPER III full time. He asked Hunter and Alejandro, his teammates from the other project, to join him, and they did. After a few more weeks, they decided they wanted to go the Crowdfunding route through Kickstarter. We later brought Temmie Chang into the team to do some concept art and the Artbook. Joel Corelitz had contacted us back in the day when we were still developing FROG SORD, so we gave him a shout and he was more than happy to join the team as well! We are currently thinking of getting our game into IGF in October and launching our Kickstarter campaign mid/late August 2014. The game will be released in Q2 of 2015.
Screenshots
Download all screenshots as .zip (552KB) 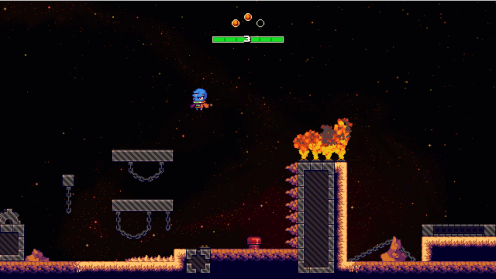