Who?
Hello! My name is Alejandro Hitti. I’m a game developer specialized in Production and Software Engineering. I’m currently a Senior majoring in BS Computer Science in Real-Time Interactive Simulation (a fancy name for CS with an emphasis in Game Programming) at DigiPen Institute of Technology in Redmond, Washington. 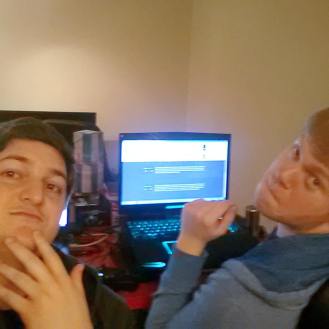 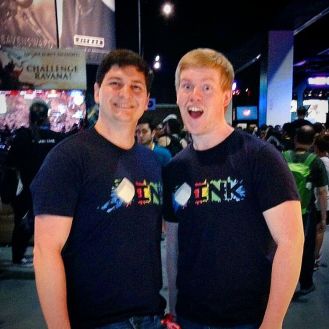 Summary
Brief History
Ever since I was a kid, I knew I wanted to become a game developer. This led me down a path to try multiple things that could get me in the industry, finally realizing that programming was my strongest area and the one I enjoyed the most. In 2008, I started my studies in Venezuela at the Universidad Simón Bolívar, majoring in Computer Science. After 4 years, I applied and was accepted at DigiPen, an institute in Redmond, WA that offered programs in videogame programming, which sparked my interest. Here, I became a stronger programmer and game designer, since our school is very project-oriented. I have worked in six different game projects in teams of 3 to 13 teammates, also taking the role of Producer in five of those. This is where my passion for Production and Project Management started, and I have since been honing my skills in this new role, learning about Production Methodologies, team management, scheduling, conflict resolution, budgeting, among others.

At school I met lots of talented people, including Zack Bell, with whom I’ve been working since 2013 in commercial games. Starting was rough and our inexperience showed after having our first project, FROG SORD, cancelled shortly after development started. We didn’t give up, and a few months later started working on SUPER III, a project for which we launched and managed a Kickstarter Campaign, but again, the project failed due to not reaching its goal, meaning we could not afford the cost of development.

After that, we continued to work on prototypes for games, but nothing too serious. One day, Zack was getting quite a bit of attention for a game he made for Ludum Dare 32 called INK. Shortly after, we partnered up once more in order to release this game on Steam. The game was Greenlit within 18 days, and we moved on to develop a longer, more polished version. Within three months, INK went from a simple Jam game, to a fully fleshed commercial product, that is currently being sold on the Steam Store. To our surprise, INK did incredibly well, selling over 9,000 copies in the first week and continued to sell over 19,000 copies until the end of 2015.

I am currently working alongside Zack once more, as well as some very talented artists and sounds designers, on a game called Fara & The Eye of Darkness under Spaceboy Games. The game is set to be released on Early Access sometime in Q2 2016, with a full release planned for Q1 2017.